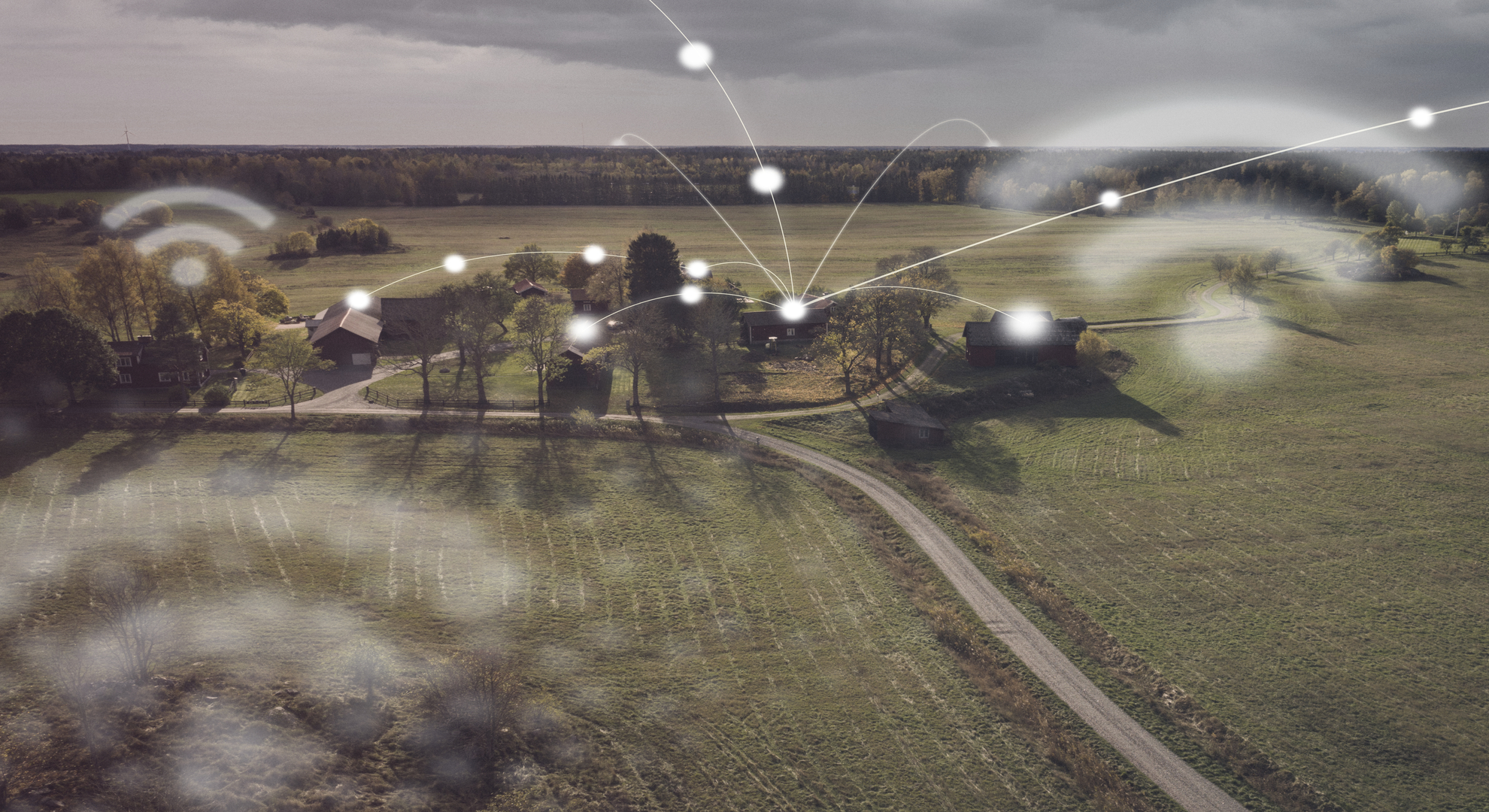 29 Apr Connectivity in rural areas: the key to repopulation

Digitalisation is beneficial for any society, in any country, city, or neighbourhood. However, we usually associate connectivity issues and technological innovation with eminently urban environments. Although smart cities and global connectivity is an objective we realistically hope to achieve in the medium or long term, no populated area should have isolation forced on them due to a lack of digitalisation. This includes rural areas, which are often excluded from the advantages that technological connectivity offers.

On the upside, efforts are being made to reach 100% Internet coverage across all of Spain. Where fibre optic coverage is not possible — due to geographical limitations or a simple lack of infrastructure — satellite connectivity solutions are being implemented instead. However, satellite is not infallible, so the digital divide remains. This is one of the main obstacles to curbing depopulation in some rural areas. The zones we call “Empty Spain” could, in fact, attract newcomers and retain inhabitants through digitalisation, in turn promoting demographic and economic development.

Many rural areas, as well as some heavily populated parts of large cities, still experience major differences in terms of technological infrastructure. According to a Eurona report titled How Empty Spain Fills Time on the Internet (Cómo la España Vaciada llena su tiempo en Internet in the original language), only 78.3% of Spain’s population has access to Internet, which means two out of every ten people completely lack connectivity. That said, digitalisation figures in urbanized areas are slightly better: Only 12% of people lack access to Internet.

Another issue worsens the connectivity gap: the quality and speed of connection. Rural areas in Spain suffer from a worse quality of service due to slow connection speed, which in turn conditions the type of Internet consumption locally. In the field of leisure, one activity that requires considerable bandwidth is to watch movies or stream series. Internet usage for this purpose stands at 13.3%, according to the aforementioned study. In cities, that percentage rises to 21%.

Moreover, poor connectivity in rural areas reduces the types of commercial developments available, especially in a world that is so dominated by teleworking and asynchronous collaborations. Outside of cities, only 47.5% of office workers say they can hold a video call with guaranteed stability, while in urban areas this number exceeds 60%, which is still not the 100% desired by authorities that promote technological innovation.

Connectivity as a population magnet

Providing rural populations with quality connectivity can be the difference between an empty town or one enjoying a demographic rebirth. The CEO of lyntia, José Antonio López, confirmed this in a study called The Digital Agenda’s Impact on Rural Spain (in Spanish, El impacto de la Agenda Digital en la España rural). López affirms that, in places where Internet connectivity reaches at least 100 Mbps of speed, population increased by 1.9% in the years spanning 2014 and 2020. On the other hand, in locations where speed is slower than 30 Mbps, inhabitants reduced by around 4% during the same period.

Better and faster internet also equates to wealth, the study found. Localities with fewer than 2,000 inhabitants and connectivity speed of at least 100 Mbps saw the average disposable income increase by 1.4%, equivalent to a 40% increase in the income of all the towns in Spain, during that specific time span. In line with higher incomes, high-speed connectivity also coincided with Social Security affiliations rising by 3.1% and unemployment falling by 0.7% in the same areas.

The data seems clear. Betting on quality infrastructures, which in turn allows fast and stable Internet connectivity, helps rural areas increase their population. It may even halt the mass exodus to cities causing overpopulation and invasive urbanization, generate wealth and contribute to the country’s overall economic development.